I love reading, and I love sharing news of some of my favorite authors! Today I'm interviewing Kristy Perkins, author of Cast Me Aside, one of the stories in the Seeds of Lore anthology. 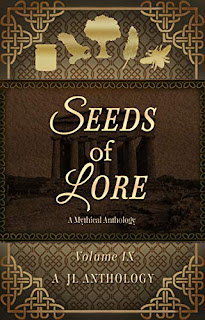 Steeped in tradition and universal truths, mythology and folklore are two sides of the same coin. In this collection, nine stories reshape such legends into new tales brimming with adventure and magic.

Deities don’t always have the answers: a mother goddess and her loyal queen bee search for a cure as the land withers around them; a war goddess chooses a mortal champion, but her gift of power comes at a price; and a grieving god travels to the underworld to rescue his best friend.

The trickery of fae is a legend of its own: a clever young man must outwit a wily leprechaun; a lost girl finds herself at the forest queen’s mercy when she stumbles upon a solstice celebration; and a rebellious girl must find her phone after a gnome steals it to punish her disobedience.

Even mortals can become myths in their own right: a determined prince rides out to discover who keeps stealing his father’s golden apples; a dissatisfied youth charged with keeping Excalibur safe fights against the tradition forced upon him; and a teenage boy has mere hours to prevent the end of the world after his father accidentally releases an Egyptian god.
Step into ancient worlds and new locales as you rediscover old truths. 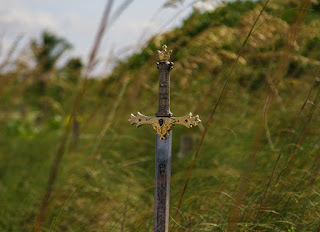 So Kristy, what inspired you to retell/write this legend?

I’ve loved Arthurian legend since I was a little girl. One of the first books I remember checking out from the library was a big book of stories about King Arthur, slipped in next to the fairy tales on the shelf. When the anthology theme was announced, it was the first place my mind went. Finding a particular legend I wanted to retell took a bit. I started with a list of the Knights of the Round Table on Wikipedia, and went through to see whose story I wanted to tell. Bedivere stood out because he was one of the few knights to survive to the end of Arthur’s life.

The title came from the words written on Excalibur. One side is supposed to say “Take me up” and the other side is “Cast me aside”, and I really liked the poetry of it.

I also love Arthurian legends! I can't wait to see your take on this.

What did you wish to accomplish with your retelling? What affect did you want to have on your reader?

I knew I didn’t want it to be sad! The original was about Bedivere giving Excalibur back to the Lady of the Lake at Arthur’s death. It’s a melancholy moment, because the glory of Arthur’s court is completely gone, and there’s only the smallest promise that someday the king will come back. I wanted to grab onto that hope, and bring the story closer to the moment of Arthur’s return. Ideally, I want the reader to come away from “Cast Me Aside” feeling a little lighter.

How is retelling/writing a legend different to other stories you have written? How is it related?

Writing a legend is a little different because there’s a little more research involved than most of my other stories. I wanted to make sure that I wasn’t missing any crucial details to the original story. The setting is modern day, so I didn’t have to worry about medieval details as much, but I think that put more emphasis on making sure to follow the structure of the legend a bit more. Or at least, I put more of an emphasis. I didn’t want to lose the feel of the legend.

For the writing process, it’s not terribly different from how I normally write. An idea pops up, I write out a quick summary sentence, outline, and then I write a first draft as fast as I can. I also usually end up adding a touch of humor, since I’m basically incapable of writing anything dark.

I know writing dark is challenging! But I think we can always use something to lift us up.

Were there any difficulties in writing this piece? How did you overcome them?

Oomph. There were more than a few problems. Most of the trauma has been forced from my mind, but I remember a couple issues. One was the characters. The secondary characters were little more than cardboard cutouts for my initial drafts, and my main character Brandon had no clear direction. A lot of that first part was fixed by adding in more vivid details and fixing action. Brandon’s direction was saved when I figured out the theme for the story, which took a few tries because I always end up cycling through themes as I write my first draft.

So that was obnoxious, but the biggest difficulty I had was writing the ending. I think I had a different ending for every single draft I wrote. I kept shifting what point in the story I ended. I think I finally found the right spot, though! The Just-Us League was a huge help in figuring out the best possible ending.

The JL is such a great resource, they've helped me get my works into shape too!

What draws you to retellings/legends?

Retellings are a little easier than completely original stories, I think, because you’re already starting from a set framework. You have a prompt, you pick the story you want to work with, and then that story comes with characters and plot points already built in. There’s loads of flexibility within that framework, and it makes it a lot easier to start.

I also like more fantastical stories, and most legends and myths have some kind of crazy magical element to them. Dragons, magic, I love all of it.

Where would a reader look if they wanted to know more about the legend you used?

I wish I could remember the name of that book I read as a kid! I know he featured at the end of that, but I have no idea where that book is now.

I’d say the best spot would be Wikipedia. Sir Bedivere’s not a terribly popular knight, so there aren’t a lot of books about him. At least, not that I was able to find in a hurry. He does show up in other Arthurian books, especially ones set at the end of Arthur’s life. So find a book about Arthur, and skip to the end. That’s where Bedivere’s story will be!

Is there a book or author who inspires you, your writing, or this story? Why did you choose this book or person?

This is so hard! I can’t really point to any single author as an inspiration. There are a few authors I really like, but some are old enough they’re more for enjoyment than influence (looking to JRR Tolkien). And there are lots of other stories that I’m really liking right now (Supernova by Marissa Meyer) but that’s superheroes and not much to do with a teenager throwing a sword in a lake. For this story, I probably got a fair amount from the Percy Jackson series by Rick Riordan. The stories are fun adventures about a teenager growing into his role, and I devoured that series when it first came out. So there’s got to be at least a little of that influencing “Cast Me Aside.”

If a reader wished to read more by you, where would they find your writing?

I haven’t gotten a novel published yet, but I’m working on it! I’ve written a bunch of other short stories for the other JL anthologies.
I also have a blog!

Are your other pieces similar to your legend?

All my stories have a little bit of humor, so that’s a familiar thread. And I think there’s always one character who’s just exasperated with the current state of affairs. They use that exasperation differently, but that tends to be a common thread in my work.

My other work can get a little bit more absurd than this one. One story is about a war with magical squirrels, another involves Rapunzel attacking a troll, and one of my personal favorites is Snow White’s evil queen being absolutely ridiculous. “Cast Me Aside” is a bit more poetic than a lot of my work, which was a fun stretch. I love reading beautiful descriptions, but I’m not as good at writing elegant prose so I usually go more for snappy.

Kristy Perkins is a nanny, and a writer every other spare minute. Ever since she could write legibly, she has created stories. They’ve gotten a little better since kindergarten, at least. She writes fantasy and sci-fi stories to satisfy the need for more dragons and spaceships in her life.

Short stories of Kristy’s can be found in other JL Anthologies. Check out Kristy’s blog at nocluewritingplatform.wordpress.com, or follow her on Twitter (@KristyEPerkins) or Pinterest (perkinswhatif). 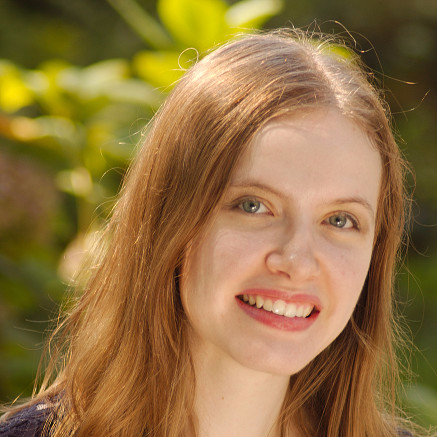 Renee Frey
I own a small press publishing company, Authors 4 Authors Publishing, with two other amazing women. I write myself, and have two short stories published in some anthologies. I live in the suburbs of Philadelphia with my husband and our two dogs: a puggle named Ziggy and a chihuahua named Megatron. I am a technical writer by day, and I teach dance in the evenings and weekends.